1870 – St. Lawrence celebrated its first Mass and began teaching in the basement

1890 – “The Faribault Plan” – parochial school under the public school auspices.

1998 – Scrip began as a tuition assistance program for families

2003 – Faribault Catholic Community created to foster relationships with all Catholics

2007 – Endowment formed to ensure Catholic education for years to come

2009 – The North Campus is moved up with the South Campus and closed. Preschool is housed in the Mother Samuel Building, and Kindergarten is moved into the school. We are all under one roof! The new church is opened in August of 2009.

Alexander Faribault deeded land to the area’s first resident priest, Father George Keller. Immaculate Conception Catholic Church still stands on this deeded land today. Immaculate Conception opened their school in the basement of the Berglehner residence in 1860. Lay teachers were the first instructors until the Sisters of the Dominican Order in Sinsinawa, Wisconsin, came in 1865 to lead the school. Families paid one dollar a month for each child in addition to the necessary books and supplies needed for education. In 1872, after outgrowing the church basement classrooms, a new school was built for Immaculate Conception. This school served as the parish school until 1925 under the direction of Father Dolphin. Due to continued increases in enrollment, Monsignor Foley built on a large addition. Divine Mercy Catholic School has been added on to over the years and remains in much the same location where it began.

In 1869 Bishop T.H. Grace gave the German Catholic people of Faribault permission to form their own parish. A small frame building was built and their first celebrated Mass was on February 2, 1870. St. Lawrence began teaching school that same year in the basement of the church. In 1872, they purchased new land to build a larger church and school. Beginning in 1881, the Dominican Sisters walked from Immaculate Conception to St. Lawrence to teach the children. Father John Pavlin helped to build up the school until his death in 1896. In 1913, St. Lawrence built a new school building. This building is still used today by the Faribault public school system as the location for the Discovery Charter School.

Sacred Heart Catholic Church opened a mission school in 1916. Four Sisters of the Third Order of St. Dominic worked side by side with Father Monge teaching Catholic education and the French language. In 1952, under Father Houle’s direction and increasing enrollment, the parish purchased property for a new school. Students began in their new school building in 1956 with hot school lunches only 15 cents a lunch. This school building now houses a St. Vincent DePaul outreach center.

The three Catholic schools were consolidated in 1969. Until 2006, the joint schools were called Consolidated Catholic Schools – CCS. CCS was originally a kindergarten to eighth grade educational institute. Today, Divine Mercy Catholic School provides academic excellence to students in preschool through fifth grade in the Elementary School. Our sixth grade students are part of the Cooperative Middle School with Bethlehem Academy.

In a faith filled atmosphere, the message of Christ takes priority and becomes integral in all areas of school activities.  Our school emphasizes academic areas and provides a strong Catholic foundation for a child to continue his/her Christian life in society.

Divine Mercy Catholic School seeks to address the individual learning needs of its students, by providing sound Christian leadership, creative and competent teaching, a progressive curriculum, and innovative learning programs.  DMCS encourages students to academic and moral excellence.  We prepare them to assume their proper roles in the Church and society and develop in them a respect for all peoples and cultures.

(Refer to NCEA copy of Code of Ethics )

Teachers at Divine Mercy Catholic School are considered members of a Catholic community.  It is expected that they will adhere to the Code of Ethics for the Catholic School Teacher developed by the department of Elementary Schools, NCEA.  If any teacher’s lifestyle were to come into conflict with these or other Catholic Church principles, the teacher could be terminated or asked to resign. 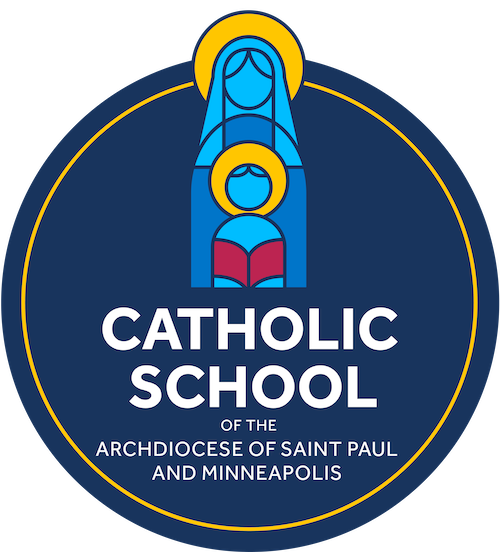